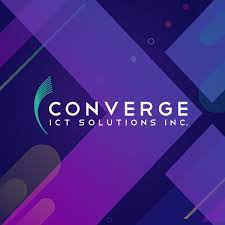 Converge ICT Solutions Inc. said on Tuesday it was doubling the data transmission capacity of its backbone as it prepares to use “next-generation hyper-scalable capacity applications on its fiber-optic network.”

Dennis Anthony H. Uy, CEO of the company, said the group is doubling its data transmission capacity from 400 gigabits per second (Gbps) to 800 Gbps as the Philippines continues to implement digital transformation initiatives.

“Developments in cloud computing, big data, virtual reality, combined with increasing demands for remote storage and streaming technology are creating massive demand on our network and data centers. We want to meet the high capacity needs of our network and our customers, and be able to support any next generation technology they may have, ”said Uy. Converge’s metro backbone connects multiple networks together, allowing them to communicate with each other and route traffic between and among them.

Uy said that with the doubling of its capacity, Converge will be able to push “considerably” more data into data centers, reduce latency and enable high-speed data transfers for new technologies, such as as the Internet of Things (IoT) and Smart Cities.

“At the same time, this latest technology allows us to use less hardware to efficiently deliver our services, limits the possibility of congestion in both normal and outage situations, and reduces our energy consumption and costs.” Romero said.

Converge activated its first 400 Gbps metro backbone last year, providing it with a “dynamic, programmable configuration of connections that increases adaptability and resiliency.”

Converge saw its profit triple to 1.55 billion pesos from 574 million pesos, thanks to growing demand for home internet connectivity during the first quarter.

The increase in net profit was complemented by the Law on Business Recovery and Tax Incentives for Businesses, which reduced the company’s taxes to 21 percent in the quarter under review.

The company’s revenue increased 83.6 percent to 5.55 billion pesos from 3.02 billion pesos, thanks to its residential and business activities.

Converge hopes to end the year with around 1.6 million to 1.7 million subscribers.

The company is preparing to capture a portion of the highly unsaturated home broadband market by 2025. It is currently building a national backbone that will allow it to reach around 55% of total households in the Philippines.