A leading DMS company used the iEPF-9010S series via a workload consolidation approach for phenomenal upgrades to their AOI system.

Since the two operating systems are different, the company used two IPC systems to perform product quality inspections for the entire AOI process. An industrial control PC runs on the Windows operating system to capture and process images from the PoE camera while controlling the robotic arm. The other GPU computing system runs under Linux operating system and works with NVIDIA® GPU to process AI inference and image analysis for product quality inspection. However, evaluation via two IPC systems results in high latency due to frame transmission over a physical LAN. Therefore, the AOI station becomes the bottleneck of the whole production process. 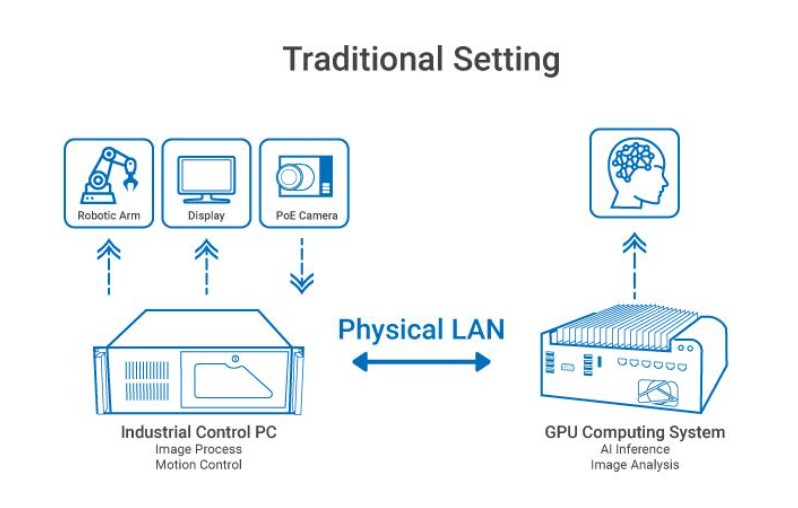 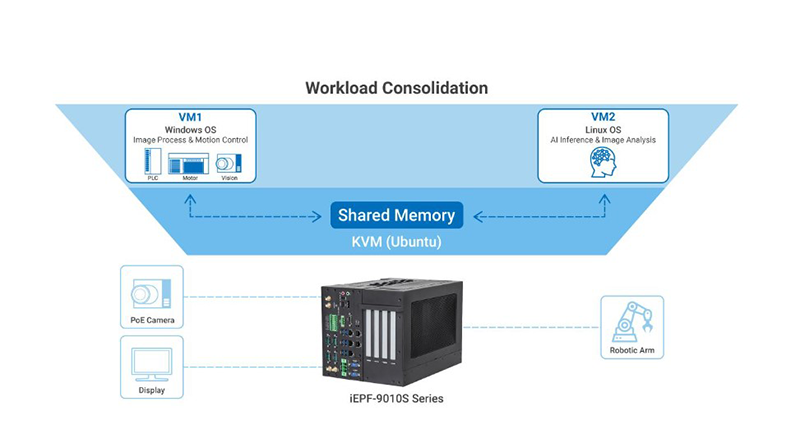 The iEPF-9010S series features a 12th Gen Intel CPU for powerful computing capability, rich I/O, and flexible expansions to connect multiple industrial devices and strengthen AOI systems. Motion control is enabled via Motion Card to connect the PLC and motors to move inspection items through the production line conveyor belt. Through PoE connected to the camera and lighting controllers, the AOI system takes photos of the inspection items for fault detection running on the powerful Intel processor with NVIDIA GPU card and displays the real-time display of the results product inspection via the VGA port. After receiving the result, the controlling robotic arm transports the item to the next station. For other equipment maintenance capabilities, the digital output ports connect the tower light to indicate any status/condition abnormalities to signal maintenance alerts.

However, the 10% data transmission improvement is not enough to match the throughput of the other production module, so the AOI station remains the bottleneck of the whole production process. To solve this problem, we designed a custom software tool, taking advantage of KVM’s Ivshmem functionality, to use shared memory between two virtual machines. This tool provides seamless accessibility for both virtual machines. It greatly increases the transmission speed of image data up to one hundred times faster than the data transmitted through the physical LAN in the traditional client frame. Thanks to this solution, the AOI inspection station is no longer the bottleneck of the manufacturing process, providing greater customer satisfaction. 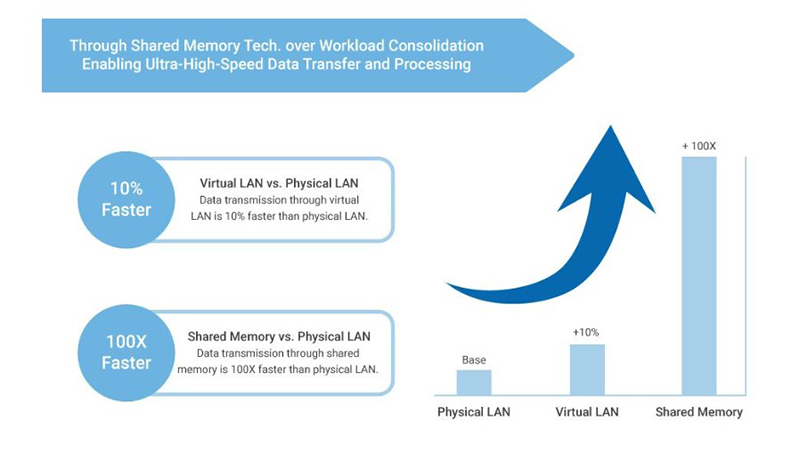 
Did you enjoy this great article?

Check out our free e-newsletters to read other great articles.

Secure data transmission with ultrasound on the mobile phone

[ad_1] by the University of Applied Sciences of St. Poelten SoniTalk screenshot. Credit: St. PÃ¶lten UAS Ultrasonic communication is a whole new method of exchanging data between IoT devices and mobile phones. Communication between them is inaudible and the hardware requirements are reduced to a minimum: microphone and speakers. Researchers at St. PÃ¶lten University of […]

ROD ARMSTRONG Silicon Prairie News Internet “things” permeate all types of industries, including agriculture. The sensors collect data on everything from soil moisture levels to irrigation pump performance to water levels in wells and storage tanks. Making this data actionable requires either visual inspection or wireless transmission over an expensive – and sometimes spotty – […]

[ad_1] ESCHA offers a wide range of connectivity solutions for data transmission. Halver, April 27, 2021 – In the age of IoT, Industry 4.0 and Big Data, fast and particularly reliable data transmission is becoming more important. As the applications become more and more complex, the size of the data packets to be transmitted increases […]