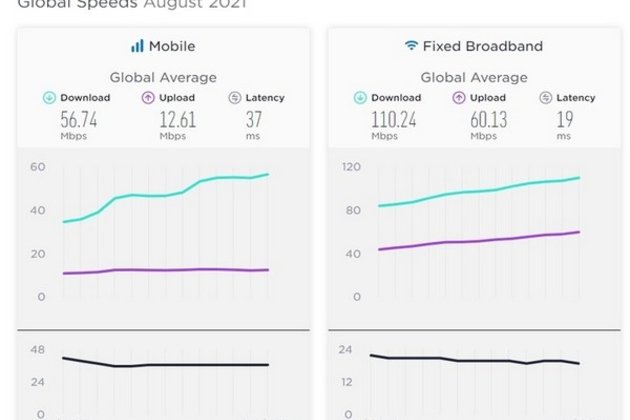 Seoul [South Korea], Sept. 24 (ANI / Global Economic): Korea’s broadband internet speed ranking fell to seventh this year. It is analyzed that Korea’s competitiveness in broadband internet infrastructure, which has been rated as the best in the world, is steadily declining.

According to Ookla, which operates the Internet speed measurement site “Speedtest”, on the 23rd, the average speed of mobile Internet and broadband Internet in the world increased this year by 31.9% and 59%. , 5% year on year to reach 107.5 Mbps and 55.1 Mbps, respectively.

By country, Korea’s speed ranking for broadband internet was seventh this year, down three notches from last year. The ranking was second in 2019 but has dropped 5 notches in the past two years.

Korea was the only country in the top 10 of the broadband Internet and mobile Internet rankings this year. (ANI / Global Economy)